The Premier League has taken a back seat for a two-week sequence to allow the completion of the Nations League in the final international break ahead of the Qatar World Cup.

England’s elite competition will return to action in October as we take a look at the ten most exciting Premier League fixtures to keep an eye on next month.

All the matches listed below will be available to watch live online via the list of sites on SportsToday.

Premier League action restarts on October 1 with a mouth-watering all-London showdown between Arsenal and Tottenham Hotspur at the Emirates Stadium.

Mikel Arteta’s side thumped fellow London rivals Brentford 3-0 on the cusp of the international break to regain the top spot in the Premier League standings, making it six wins from seven league games (L1).

On the other hand, third-placed Tottenham picked rock-bottom Leicester City 6-2 at home last weekend to maintain their 100% unbeaten top-flight start (W5, D2) and stay within a one-point distance of Arsenal.

Despite his sluggish 2023/23 star, Son Heung-min needed just 14 minutes on the pitch to bag a superb hat-trick against the Foxes and earn plaudits across England, via Reuters.

The Etihad Stadium will be under the spotlight on Game week 8 as Manchester City and Manchester United go head-to-head in the latest edition of the famous Manchester derby.

With the back-to-back Premier League champions trailing the Gunners by a single point, a victory in this mammoth encounter, combined with Spurs’ potential win in north London, would fire them to the top.

However, Man Utd may have to say a thing or two in this fixture after racking up a four-match winning league streak, including a couple of morale-boosting triumphs over Arsenal and Liverpool.

October’s fixture schedule has no mercy for Arsenal as only a week after taking on Antonio Conte’s high-flyers, they will lock horns with Jurgen Klopp’s Liverpool.

Home comforts alongside the Reds’ underwhelming 2023/23 start could aid the Gunners’ bid to avenge four consecutive H2H defeats via an aggregate score of 12-1.

Only a week after their trip to the Etihad, Man Utd will make the journey to Goodison Park to face off bottom-half strugglers Everton, who first moved into the win column on the eve of the international break.

There’s no doubt the Toffees will be eager to prove that success wasn’t just a one-off, knowing they’ve only lost one of their last four top-flight meetings with the Red Devils on Merseyside (W2, D1).

It looks like the Reds’ busted quadruple bid last term and Sadio Mane’s subsequent move to Bayern Munich left the scares on Klopp’s side, who will be looking to turn their fortunes around against the Cityzens.

Both league duels between Liverpool and Man City in 2023/22 yielded an identical 2-2 scoreline, so it’s reasonable to assume the Anfield crowd could witness another high-scoring contest.

Man Utd’s congested fixture schedule in October pits them against another high-profile opponent, as Tottenham are due to arrive at Old Trafford on October 19.

Erik ten Hag’s men may hold a grudge against Spurs after the Londoners denied their top-four charge last season, even though the Red Devils came out victorious in both top-flight H2Hs in 2023/22.

The unpredictability has highlighted this fixture lately, seeing Man Utd alternate between winning and losing across their last five league meetings with Conte’s team at the Theatre of Dreams (W3, L2).

Despite a faltering league start, the Reds are still very much in the top-four picture, while the Hammers entertain the uphill task of steering themselves away from the relegation zone.

David Moyes’ underachievers have suffered five defeats from their inaugural seven 2023/23 Premier League games (W1, D1) and may use the international break to rally their troops.

Stamford Bridge forms the backdrop as Chelsea and Man Utd face each other in a real clash of the Premier League titans on October 22.

Following a sub-par 2023/23 start, the Blues had no other option but to sack Thomas Tuchel and appoint Graham Potter as their new chief of staff in a desperate attempt to galvanise their underperforming squad.

Man Utd’s visit to the capital will be Potter’s first stern challenge in the Chelsea dugout as he’ll be tasked with guiding the Pensioners to their first top-flight H2H triumph since November 2017.

Without Potter, the architect of their flying Premier League start, Brighton & Hove Albion will have to play out of their skins to maintain the 47-year-old’s legacy at the Amex Stadium.

What better way to show the world they can thrive under the new stewardship of Roberto De Zerbi than beating their former boss on home turf?

Now in charge of Chelsea, Potter will reunite with the Amex crowd on October 29, but he won’t be out to make friends as his men cannot afford more blunders if they are to return into contention for a top-four finish.

Old Trafford is the venue as Man Utd and West Ham square off in the final Premier League fixture in October.

As already mentioned above, the Red Devils can be proud of their upturn in form under ten Hag, who has made a strong case for his side’s chances in a keenly-contested top-four battle.

The same cannot be said about the Irons, as after securing European promotion last season, they seem to be bracing themselves for another season-long fight in the bottom half of the table. 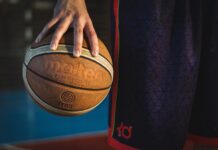 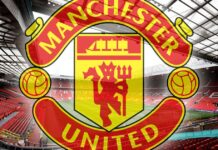