What is literary fiction?

This genre of fiction is considered a prestige category where style and theme are a priority and there is a big focus on the character. Any action in the story affects the main character and so is therefore very character driven. The tone can sometimes be realistic and introspective but other times it is over imaginative, which allows authors to experiment more with their writing and be more adventurous. Literary fiction is not like romance or dystopian horror; it is considered more serious than genre fiction.

How to write literary fiction?

Literary fiction much prefers to focus on style, characters and theme over a plot. Whereas genres such as genre fiction and commercial fiction have a set storyline and tropes, literary fiction does not have a plot which also means that a satisfactory ending may not always be the case as it doesn’t follow the usual structure.

Literary novels are thought of very highly and seen as prestigious in a publisher’s list. Literary fiction will most certainly always get a hardback release to emphasize its high quality even more. Not only do these books get more easily noticed by readers but it increases their chance of being reviewed as according to The Bookseller in 2018 some editors only tend to review novels published in hardback. Literary fiction also tends to win a lot of big publishing prizes such as the booker prize. Most of these books have stickers on their front covers boasting about how they are nominated for an award, so you can tell which are literary fiction from a mile away.

The Importance of style and theme

Literary fiction pays a big attention to the novel’s style and themes. When thinking of literary fiction we may think of difficult prose with florid metaphors which is a common stereotype for literary fiction. However, many authors do favor concise prose over fancy and long linguistics as sometimes a simple word is more effective than a complicated one. Meaningful themes are crucial to literary fiction as it examines important concepts such as politics and social issues.

Unlike genre fiction, literary fiction themes have a much larger level of detail and narrative weight, addressing more serious issues. A good example is Orwell’s Animal Farm which its sole focus is its commentary on political structures. Exploring these serious themes can take up a lot of time and effort for the author as it is difficult taking on such a weighty topic and to think about how this would impact characters. It is important you think about the real world consequences of these issues before writing literary fiction.

One might also say The Hunger Games is a piece of literary fiction as it tackles the serious issues of social inequality, but this is not the case and fits into the dystopian novel more as it favors the themes of romance and coming of age over this.

While genre fiction focuses heavily on the plot it gives them less of an opportunity to look deeply into the characters lives and in almost every genre fiction will have a protagonist who is loved. Whereas, literary fiction tends to have flawed, antagonistic characters which focus on their history and background.

It is not the case that every character is evil in literary fiction but they are approached in a more complex way which enables us to dissect them and find their flaws. A good example of this is The Catcher in the Rye where Holden the main character judges others superficial characteristics but also views himself negatively and the reader empathizes with him which is a big indication of literary fiction.

Whilst sometimes these novels can be mistaken for nonfiction they do tend to hold a certain element of realism, exploring the emotions of characters in specific settings. Due to this, literary fiction tends to focus on an internal conflict of a character which drives the plot. The novel Mrs Dalloway is a good example of realistic introspection as readers follow the day in the life of Dalloway and we see her accepting her life in the present despite strong attachments to her past.

Whilst most of these literary fiction stories may have sad endings it is also about the characters journey to get to the end and is exciting because there is so much certainty of a happy ending. After the ending characters continue their journey and it is solely up to the reader’s imagination to wonder where they might go next.

Readers do not want to let go of the story and accept an ending and so the imagination thinks of other possible journeys they may have. Literally fiction authors create a “to be continued” reality to their novels to show their journey is never ending and make it more realistic and believable.

Literary fiction can be fanciful

Literary fiction isn’t all sad endings and dark and evil characters, it can also be fantastical with an element of realism. The way authors do this is by throwing characters into strange situations, for example the woman in black by Susan Hill is part literary fiction and gothic horror. Arthur Kipps, the main character experiences supernatural incidents which are hardly realistic but with its rich narration and focus on human psychology and isolation this links to literary fiction.

An example of this is Sarah Waters’ The Night Watch where she tells the story in reverse, focusing on the past and eliminating curiosity of the future, which is not the usual structure seen in most novels. These different structures are used to challenge readers and help engage the reader with the character. 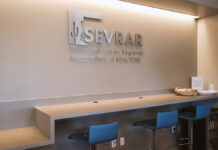 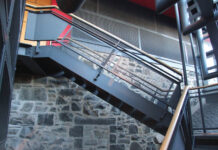 5 Creative Ways To Use Metal In Interior Decor