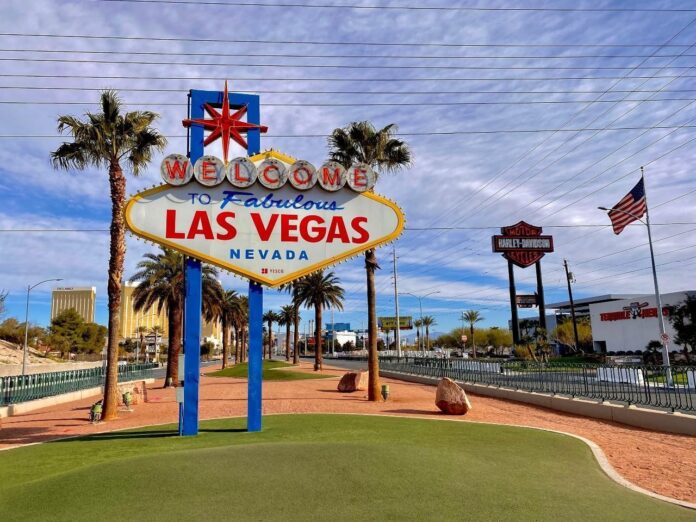 When Las Vegas casinos are mentioned, many people immediately think back to the glamor days of the 1950s, 60s and 70s. No doubt this is because of the multitude of films, TV shows and books about the people and places of that time.

These days Las Vegas online casinos, like vegasbetting.com,offer exemplary service and betting opportunities to customers in the comfort of their own homes. This has made the whole experience more convenient and inclusive. But there is still something about those Rat Pack days of Vegas that enchant us. So, while today we can simply log in online to access our accounts, why not take a minute to take a look at our guide to five of the most memorable Vegas casinos of the past?

This is one Las Vegas casino you will recognize from a whole host of movies, TV shows and music videos. The Flamingo casino was actually built on the site owned by one of the city’s earliest settlers – and has seen more than its fair share of excitement over the years.

Mobster Bugsy Siegel was the first owner of the casino in 1946 – but it has passed through a number of hands since then. It has been a mecca for the big entertainers, including Judy Garland and Bobby Darin in the 1950s, Jerry Lee Lewis and Tom Jones in the 1960s. For many years, up until 2019, the main headline show was the hugely popular Donny and Marie Osmond show – selling around 9 million tickets in an 11-year run.

The Dunes – later the Dunes and Oasis Casino – opened in 1955 and was the tenth resort on the world famous Strip. It initially faced financial problems and was passed around a number of owners in its early days. It was a trendsetter though, being the first resort on the Strip to offer topless dancing showgirls.

This was also the setting for one of the first golf courses in Las Vegas – and it boasted one of the tallest buildings in Nevada when it opened a new 21-storey tower in 1965. After years of financial troubles, the Dunes finally closed in 1993, with an implosion of the tower that – in true Vegas tradition – was used as a promotion for a new casino just up the block.

This is the place that inspired the hit movie Casino, so you know that it was the real deal. Opening in 1958, it was then the world’s largest hotel with over 1,000 rooms. It only grew over time and became one of the landmark resorts and casinos of the Las Vegas Strip.

In the 1960s it was rumored that Howard Hughes was interested in buying the place – but that ultimately came to nothing. There were plenty of big name performers at Stardust though, including the famous Siegfried and Roy in later years. The place closed in 2006 to real sadness from the people of Vegas. Another spectacular implosion was the final glittering farewell to the city.

The eventual closure of the Desert Inn in 2000 was another that hit the city hard, as the place was forever linked to the original Las Vegas before the corporations really took over later. Frank Sinatra made his Vegas debut here and it remained a favorite of Ole Blue Eyes, as he even celebrated his 77th birthday there.

It was one of the first resorts and casinos on the Strip and was very popular with locals, as well as out of town visitors. A chef was brought in from the Ritz Paris when it opened and the golf course was actually used by the PGA Championship for a time in the 1950s and 60s.

If Sinatra was a fan of the Desert Inn, it was the Sands where he and his fellow Rat Pack members were really the main attraction. He first played there in 1953 and became a regular attraction, alongside stars such as Sammy Davis Jr. and Dean Martin.

They were actually instrumental in desegregating Las Vegas, after questioning a number of instances with fellow performers and friends who were initially unable to enjoy the resort’s services. Ultimately unable to compete with the shinier new hotels and casinos, the Sands was imploded in 1996 to make way for the $1.5 billion mega-resort The Venetian.

How to make the most of your gambling trip to Vegas

If you’re heading to Las Vegas, there are some key things you need to know in order to make the most of your gambling trip. First and foremost, be aware that the Nevada state tax on gambling income is 12% (plus $1 per $100 wagered), which adds up fast if you’re betting big. Make sure you have enough money saved up to cover your anticipated losses!

Another thing to keep in mind is the fact that Las Vegas is a 24-hour city. This means that even if you’re not gambling, you’ll likely end up spending time here after midnight. If this bothers you, consider coming during off-peak hours or planning your trip around peak hours when much of the action will be taken care of.

Finally, plan your trip carefully so that you can maximize your chances of winning. In general, casinos are designed so that players with better luck will have a better chance of winning more money. For example, avoid playing penny slots and try instead play more lucrative games like Blackjack or Roulette where larger bets are possible. And don’t forget about comps – many casinos offer comps (free casino chips) to gamblers who make multiple large wagers over the course of their visit.

If you’re thinking about gambling in Las Vegas, here are some tips to help you win more money and have a good time:

Gambling can be a fun way to spend your time, but it’s important to know the risks involved. If you are new to Vegas and are looking for ways to have some fun without gambling too much money, there are plenty of other activities available that don’t come with such risks. Be sure to research which activities are safe for you before you go out and participate in them. 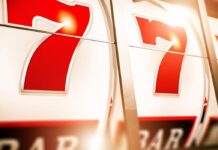 The Best Online Slots In Canada With High Rtp And Jackpots 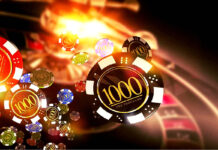 How Can a Bonus Improve Your Betting Mode