Pokemon Platinum is a great video game you can play on your Nintendo game console. It is an enhanced and pretty improved version of the 2006 game Pokemon Diamond and Pearl, featuring new content and gameplay changes. The players get into the role of a young trainer on a journey to catch and train Pokemons. During the game, you are completely dedicated to your creatures with unique abilities. The goal is to train them so they can be used to battle other trainers.

Pokemon Platinum also features new Pokemon to catch and new areas to explore. It was released in 2008 and received positive reviews. People love it because of the series’ popularity. Many millennials were growing up with Pokemon on TV, so the excitement over the games related to it is more than understandable.

But, just like every game, Pokemon Platinum has some specific and challenging elements. Many times, gamers need some help to pass a level or improve their gaming performance. That’s why they decide to use Pokemon Platinum cheats – even though, in general, cheats aren’t allowed in competitive games.

Why do people use Pokemon Platinum cheats?

Cheats, as their name says, are a shortcut or a way to unfairly play against the opponent, to pass more levels, or gain more money than them. It gives you an advantage, while the other players stay far behind you.

But be careful, because sometimes cheats can corrupt your saved progress, and you may have to start the game again. That means that even though you once had some progress, when not careful, you risk a lot using cheats.

In general, cheats aren’t allowed in competitions, but it’s quite acceptable to use them in casual player mode. If you want to truly experience the game as it was intended, it’s recommended to play without using cheats.

Cheats will let you progress faster than you can imagine, but you are losing unique experience and dedication. So, why would you spend money on games and cheats, if you want to avoid the real excitement?

That’s why we recommend thinking twice before signing up for some of the most popular Pokemon Platinum cheats. But, if you are sure you really want it, here is a list of the five most popular cheats people often use:

Walk through Walls allows the player to walk through walls – which is quite obvious, right? But, why would you need something like that? This cheat makes it easier to explore certain areas and catch Pokemon.

Sometimes, even in our life, we want to be able to walk through walls so we can shorten our path, or just be somewhere we want immediately. This is not a critical cheat, but you still must be careful using it. Many decide to explore the map far from the starting point, which means game lags and delays.

This cheat is also known as Infinite Cash. It gives the player an infinite amount of money, which can be used to buy items and other useful things.

You may say, it’s not bad at all. But, your opponents will easily see that you use something that gives you a competitive advantage. And we recommend you fairly use these cheats (if you need to).

Makes the player’s Pokemon level up instantly, because now they have an access to any exclusive item in their Pokemon bag. It’s a kind of booster that helps the players use items that aren’t even appropriate for their level.

Again, you can easily be seen trying to cheat, and other players may report you. Use the cheats smartly, and don’t show off, because you don’t want to be easily spotted.

Can you imagine catching them all? At least, that’s what the classic Pokemon song says in the verse, right? As you suppose, this cheat gives you a 100% chance of catching, no matter which Pokemon you are facing.

Again, you have to be careful using this cheat, just like every other, because you don’t want other players to spot you cheating. Chances are, some of them use cheats too, but they are smarter, and won’t ever uncover themselves during the process. So, the 100% Catch Rate will give you an advantage, but you have to control your moves and be patient, even though you want to catch them all.

Using this cheat, you can catch and own rare Pokemon creatures. In the regular game mode, you will spend hours questing, so you can get access to these exclusive creatures. This cheat will give you a short path to them, and save you a lot of time.

As we said, you have to be aware that using cheats may corrupt your saved data, and in some cases, could get you banned from online play. You don’t want any of these scenarios to happen so you must carefully explore your options and see what is the least you can do.

Cheats affect the overall gaming experience because there is no excitement, no dedication, and no effort. And if it was that easy, video games wouldn’t ever become popular as they are now.

Pokemon Platinum cheats give you an unfair advantage, especially if you don’t know how to use them properly. They can detract from the overall gaming experience, cause issues with the game, and in some cases, may be against the rules in competitive or online settings.

That means there is no excitement, no rewards, and making things too easy for the players. All games are created to provide a complete gaming experience to the players. If you decide to avoid all of that, you are missing some of the essential things gaming is for – fun and entertainment. Because, where is the fun in all things being easily accessible to us, no matter if they are Pokemon creatures or exclusive items you can access through the game?

We hope that now you understand the advantages and perks of using cheats, and that you will be smart enough to make the right choice. 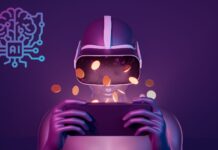 Where Will Artificial Intelligence Take the iGaming Industry?